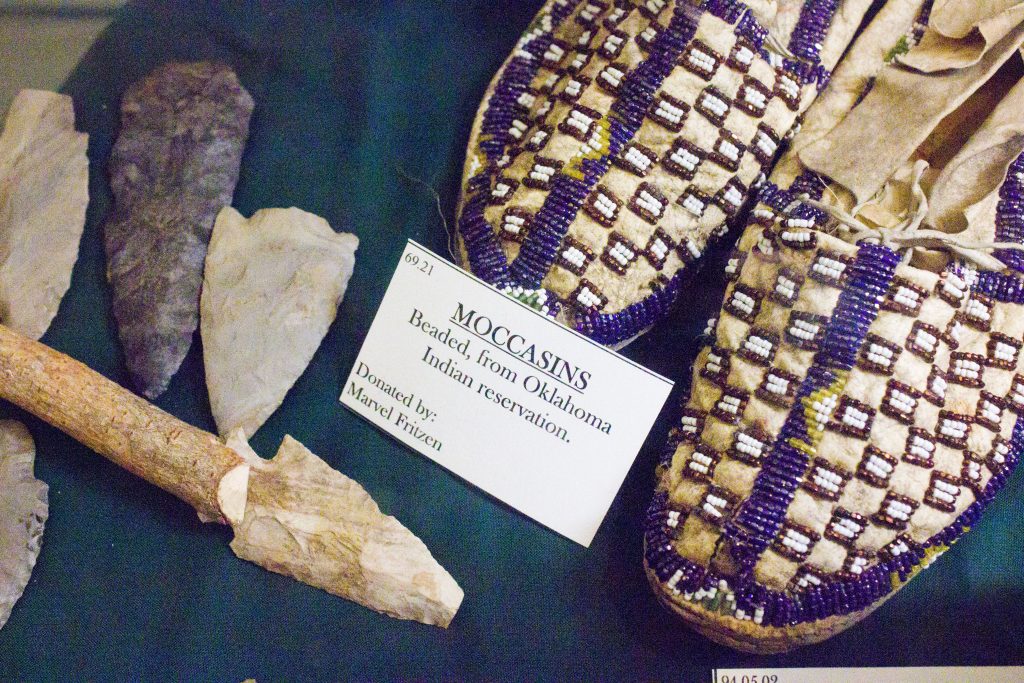 La Porte County History Museum has many permanent exhibits as well as seasonally-changing exhibits. Please stop by to see our current exhibits.

The Sports display in the La Porte County Historical Society Museum shows a wide variety of sports equipment from the late 1800’s through the 1900’s. Old roller skates with wheels made of wood, football helmets made of leather, and uniforms from La Porte County teams make up the display. Photographs of turn-of-the-century competitors contribute to this interesting exhibit.

Also on display is an autographed shoe from Ron Reed, who was raised in La Porte, received a full ride basketball scholarship to Notre Dame, eventually ending up on that school’s all-time best 25 players list. He played in the NBA ’65-’67, and took up baseball at the same time. The 6’6″ Reed skyrocketed as a pitcher, playing Major League Baseball from 1966 to 1983 (Braves ’66-74, Cardinals ’75, Phillies ’76-’83, Chicago White Sox ’84.) The matching shoe to the one on display here is housed at the Baseball Hall of Fame in Cooperstown, N.Y., where Ron Reed is listed as the winning pitcher for Atlanta on the night Hank Aaron hit his 715th home run, passing up the legendary Babe Ruth.

From September 1 to November 19, a special exhibit of thirty-nine military uniforms and associated artifacts will be on display at the La Porte County Historical Society Museum!