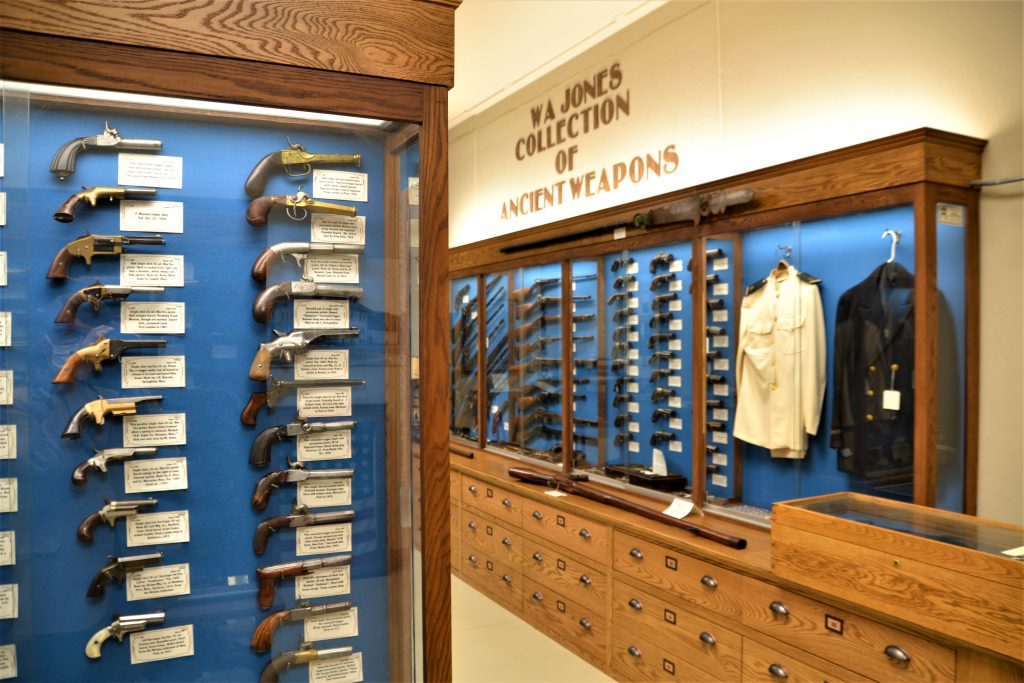 The majority of the downstairs level of the museum is given over to the W. A Jones Collection of Ancient Weapons. There are nearly 850 weapons on display. William A. Jones owned an iron foundry in Chicago, traveling around the world in search of items for his collection. Many of the guns you can see on display were purchased in such faraway locations as Mexico City, Paris, Dublin, Constantinople, Jerusalem, Cairo, as well as all over the United States.

In addition, war uniforms from the Civil War to the present day, as well as miscellaneous items brought back to La Porte County by war veterans round out this permanent exhibit at the museum.

When he retired, Mr. Jones built a beautiful home on Johnson Road, overlooking Pine Lake. That house today has been restored as a bed and breakfast inn, called Arbor Hill Inn. The guns were displayed in a den or gun room in the home. (see black & white photo below, taken at W. A. Jones home) W. A Jones left his collection of weapons to the City of La Porte in his will and they have been housed with the Historical Society Collection since his death in 1921.

Even though we are the caretakers of this amazing collection, we do not have a gun expert on staff here at the museum. Therefore we are not able to give appraisals.